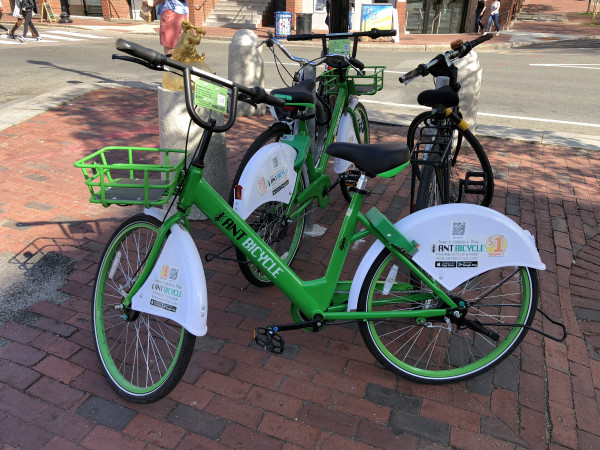 I took this photo in Harvard Square yesterday. Ant Bicycle's app shows lots of bikes available, primarily in the towns where Hubway has an exclusivity agreement. Interesting.

Anyone know if the agreement has been renegotiated? I suppose it's possible that along with Hubway's rebranding to Blue Bikes and its associated partnership with Blue Cross Blue Shield there might have been a change to allow dockless bikeshare in the cities they operate in, but I haven't read any news about it.

If Ant Bicycle is operating in Boston I wonder if LimeBike and ofo will be expanding south from Malden.
Collapse